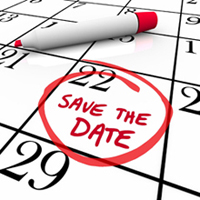 This coming August, the RRC or the Regional Recreation Corporation of Wood Buffalo is pleased to announce that there are two of the most awaited concerts happening in Fort McMurray. Make sure to mark your calendars for Tim Hicks on August 16, 2014 and August 30, 2014 for the Plain White T's. Here are the details for both concerts.

Mark your calendar on August 16, 2014, because Country 93.9 is presenting Tim Hicks with special guest Tebey to perform live in a much awaited concert, where they are set to perform at the Nexen Field House located at the Suncor Community Leisure Centre.

Hicks is expected to perform some of his titles including a popular hit from his debut record entitled "Get By".

Tim Hicks is one of the most sought after artists of this generation. His singles topped the charts and his albums are considered Canada's No. 1 bestselling albums of the year.

Admission for the concert will be $59 for general admission and $79 for club admission. Tickets are currently available online through macdonaldisland.ca.

Mix 103.7 is so proud to present the Plain White T's who are set to rock Fort McMurray on August 30th at the Nexen Field House located at Suncor Community Leisure Centre.

This famous rock band has been wowing the Canadian crowds and the entire world since 1997. You can expect this 5-guy group to play some of their greatest hits including but not limited to "Hey There Delilah", which earned them their Grammy nomination.

Admission to the concert is $59 for general tickets and $79 for club tickets. Tickets are currently on sale online through macdonaldisland.ca.

These are two very hot concerts coming to the area. If you plan to attend both or ether, it's time to get your tickets before they sell out.