November saw a total of 56 successful residential real estate transactions in Fort McMurray.  These sales were comprised of 44 single family homes and 12 condominiums across the city.  While these numbers were certainly lower than the same time period last year, they were on par with how we expected the market to react to the ongoing low price of oil and the natural decline in transactions at this time of year.   The following graphs outline the number of sales of single family homes and condominiums in Fort McMurray during the period from August 1, 2014 to November 30, 2015. 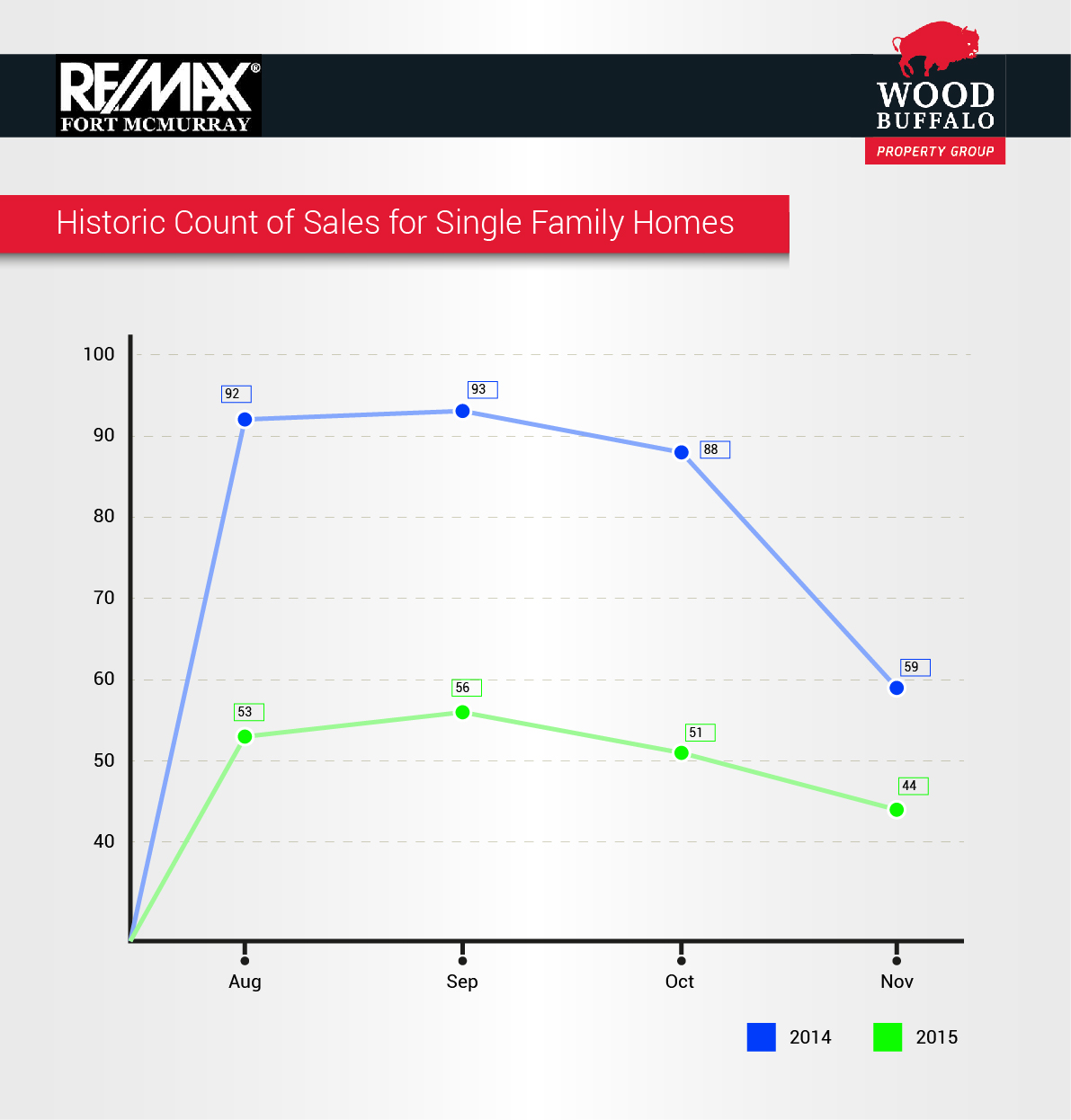 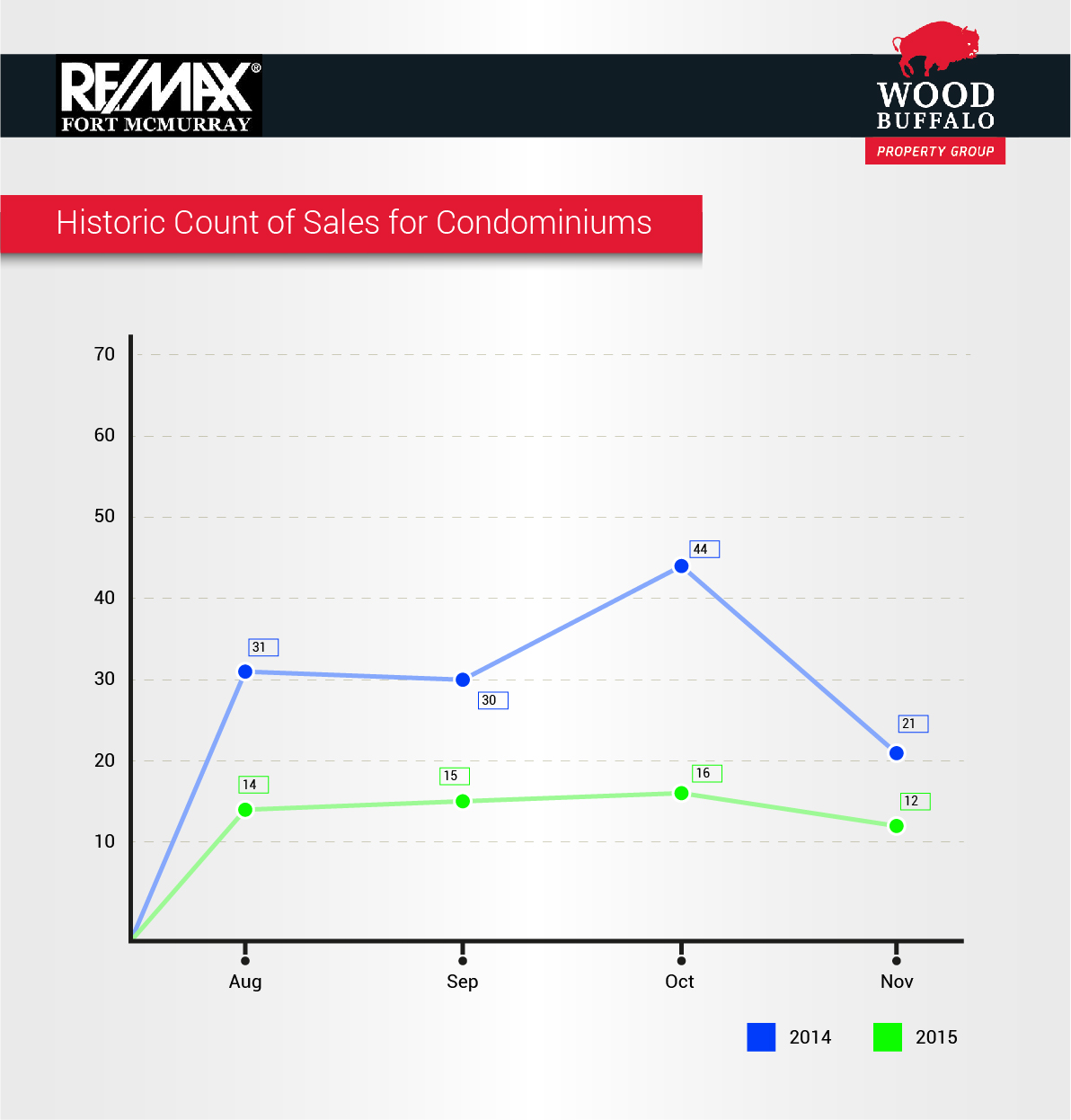 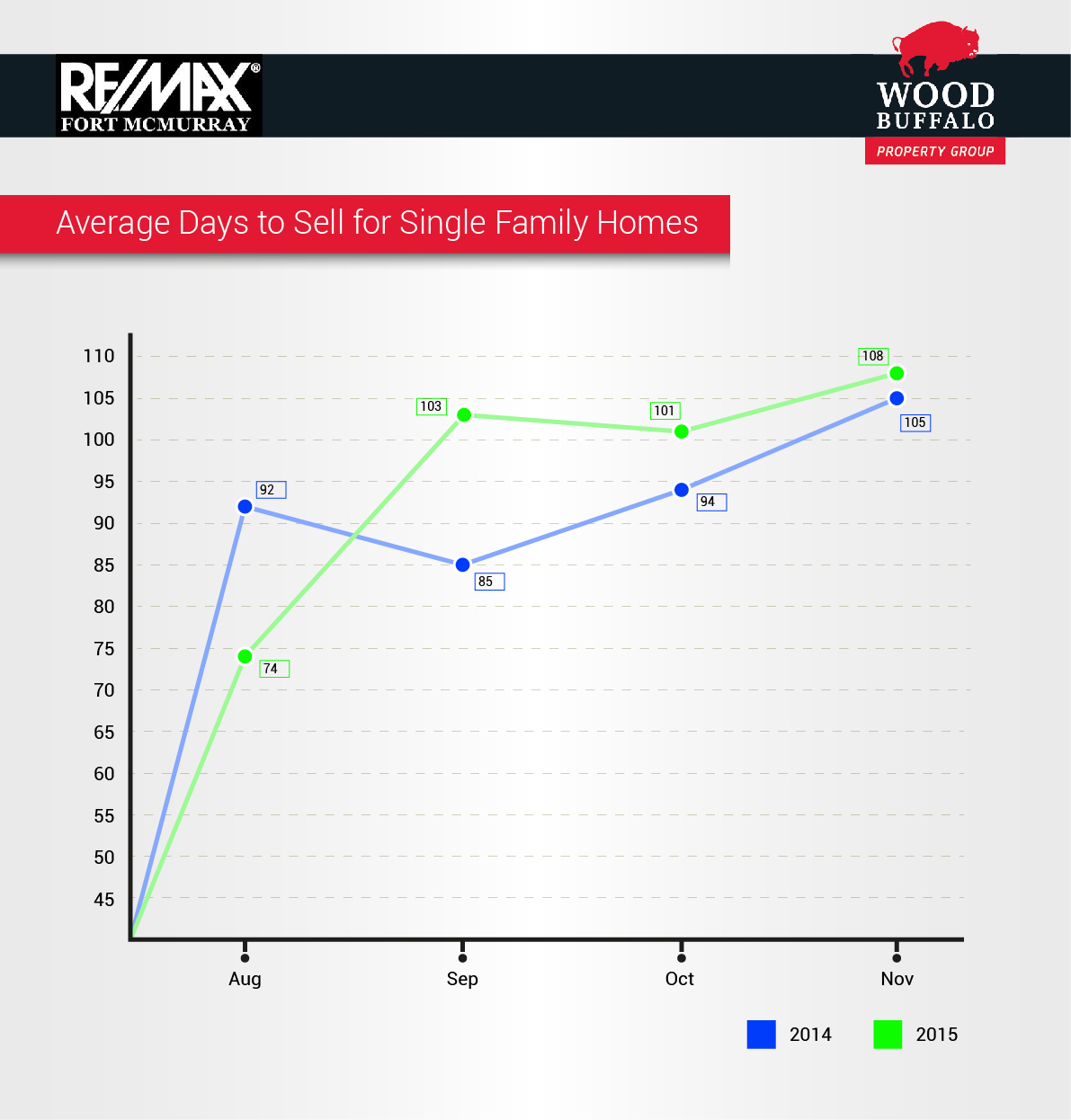 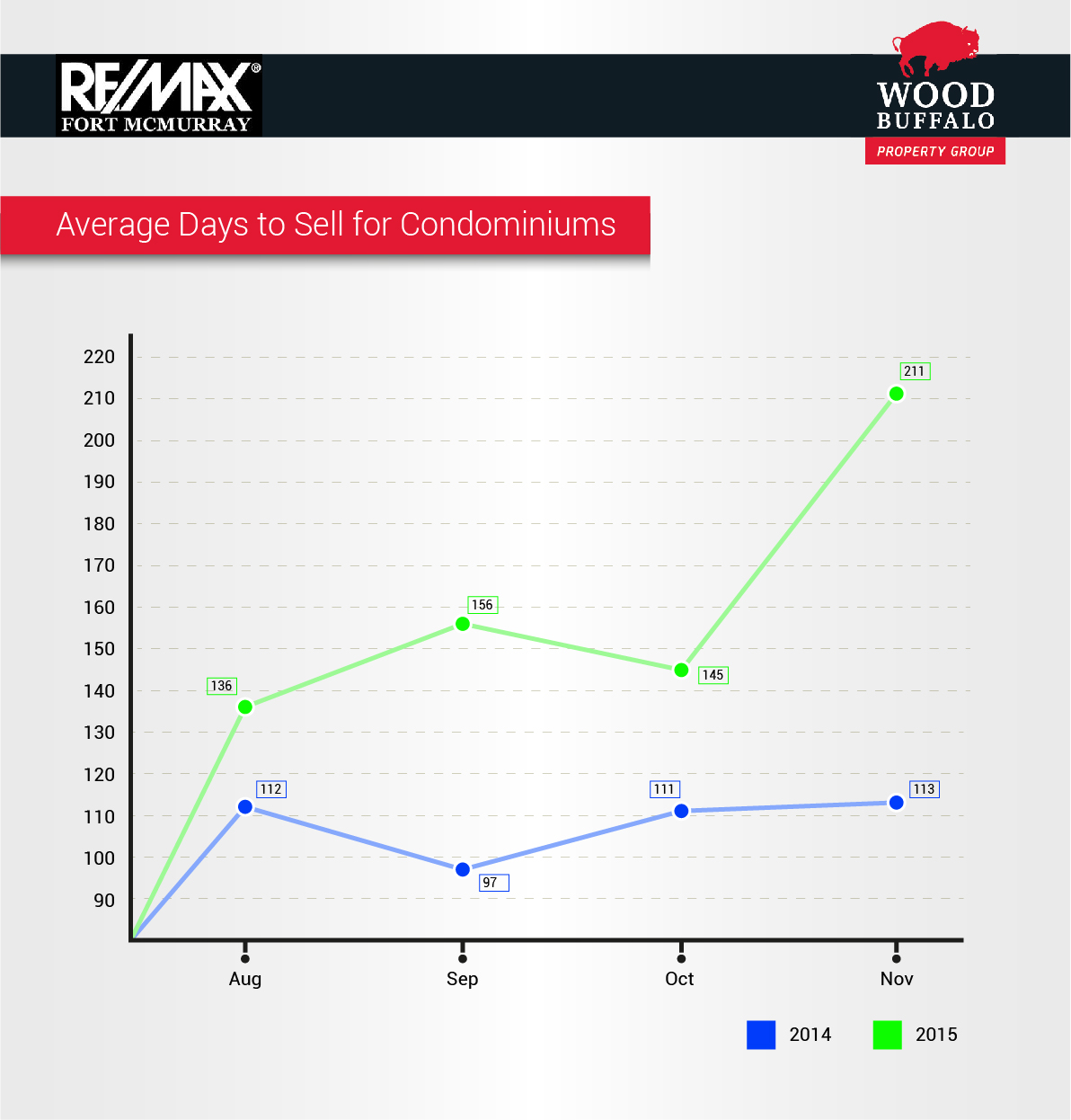 There are a few reasons that condominiums are currently staying on the market longer.

As mentioned previously, it is normal to see the residential real estate market slow down in November and this trend will continue into December.  Don’t despair if you are thinking of listing your home in December.  Wood Buffalo Property Group can help you sell your house at any time of year thanks to our proven combination of marketing strategies, expert tips, and network of qualified buyers ready to make a purchase.

*Disclosure* The opinions expressed within this site and  the interpretations of the data is the opinion of the REALTOR® posting the information and may not reflect the views of the board, brokerage or its members.